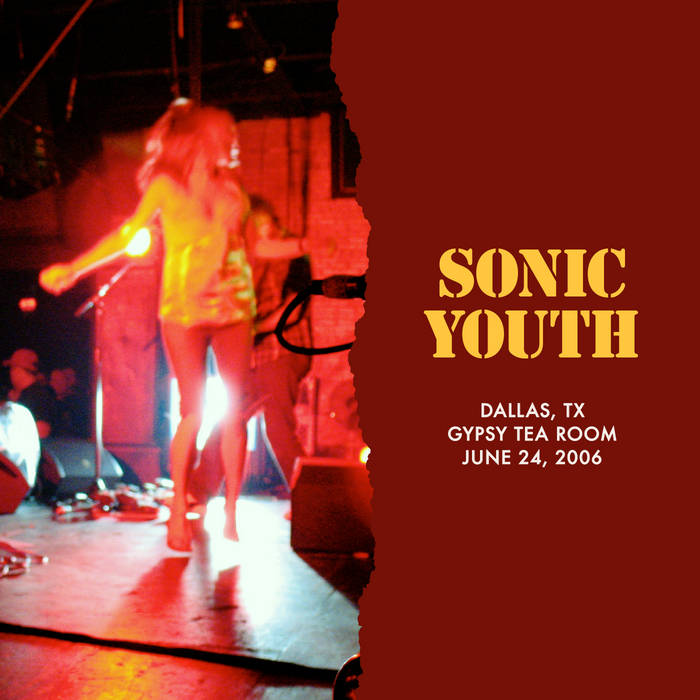 lajuergens8 I’ve had the good fortune to see Sonic Youth on 15 occasions from 1990 until the end. Everywhere from a Catholic Women’s College to Red Rocks to opening for Public Enemy in Chicago. As “live” performers they are unrivaled, Sonic/Life indeed…

thenewspaper In under two years, I have managed to like this band a lot. I could have gone to this show. I was in town that night. But it was fifteen years ago, and I couldn't make it.
Favorite track: Jams Run Free.

In response to alarming restrictive legislative measures against the women of Texas (and increasingly elsewhere) seminal NYC leading musical lights Sonic Youth have announced plans for new releases on their Bandcamp and store to fundraise for Fund Texas Choice (fundtexaschoice.org) and the Abortion Support Network (www.asn.org.uk) on Friday, November 5th.

On that day, the band makes two vintage live sets available in full, from the Austin Music Hall, Austin, Texas from 1995 (on the post-Lollapallooza 'Washing Machine' tour), as well as a gig in Dallas at the Gypsy Tea Room ('Rather Ripped' tour) in 2006. These classic, previously unreleased shows go up for stream and download on November 5th, with 100% of their proceeds to support the two causes.

Also, three new Sonic t-shirt designs will be made available: two from Texan photographer/friend of the band/author of the recent 'Texas Is the Reason' book Pat Blashil , and a third tee featuring a variation of Richard Prince's "Dude Ranch Nurse" artwork. The first Blashil tee features a photo from their Austin/Continental Club '85 gig, the second features pro-femme lyrics from their song "Flower" coupled with various photos of assorted women from the 80's Texan punk scene. Proceeds of both of these will benefit the causes as well

In its posthumous state, Sonic Youth have dedicated great energy in making previously unreleased sounds available to their fanbase. Historically, their trailblazing cross-country tours of back to the mid 80's consolidated their independent/artistic stance with many formative Texan bands and artists, including the likes of the Butthole Surfers, Big Boys, Daniel Johnston, and Meat Joy. The enduring support from Lone Star state fans for SY warrants a favor returned specifically for this state's fanbase, and in broader scope, Sonic Youth support a national and world community where abortion is embraced as health care and a human right.

Tees will be available at the band's webstores:
sonicyouth.kfu.store (USA)
shop.bingomerch.com/collections/sonic-youth (EUROPE)